Our real estate investments provide exposure to domestic and international opportunities through direct holdings diversified across property types and geography.

The portfolio consists primarily of direct investments with joint venture partners in high-quality office, retail, industrial and multi-unit residential properties in Canada’s major cities. The international program is opportunity-focused investing directly and through co-investments with local operating and investment partners, with investments in the U.K., Europe, U.S. and Mexico. Paul Mouchakkaa most recently served as Managing Partner, Head of Canada with BentallGreenOak, a position he held since June 2020. With BentallGreenOak, Paul led the Canadian Investment Management team which is responsible for a $25 billion diversified real estate portfolio made on behalf of 140 Canadian and global investors.

Previously, Paul served as Managing Investment Director and Head of Real Assets for the California Public Employees’ Retirement System (CalPERS), a role he held since 2015. At CalPERS, he had responsibility and authority for CalPERS’ $62 billion real asset portfolio; which includes nearly $53 billion in top tier commercial real estate assets and $8 billion in infrastructure assets located across the U.S., as well as in Europe, Asia and the Americas.

Prior to his role at CalPERS, Paul was Managing Director and Global Head of Real Estate Research and Strategy for Morgan Stanley from 2011-2015.

Paul is a Canadian citizen, born in Ottawa and has worked in Toronto, Old Greenwich, Connecticut, Los Angeles, and Sacramento. He is an Honours Economics graduate of Carleton University in Ottawa and holds an MBA majoring in Finance from the University of Oregon. 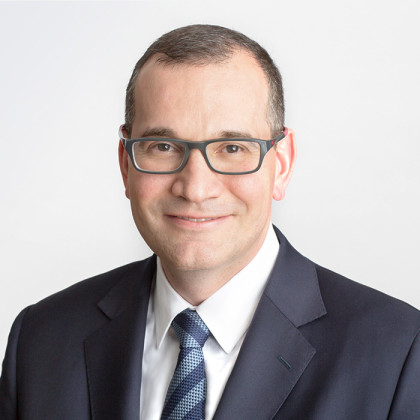 Tony holds an MBA from INSEAD and a BCom from McGill University.

Rupert Wingfield is based in London and is responsible for the European real estate portfolio, including transaction activity, portfolio management and relationship management with investment partners.

Rupert has over 20 years of investment experience. Prior to joining AIMCo in 2020, he was Head of European Real Estate at the Abu Dhabi Investment Council for ten years, and before that held roles at CBRE Global Investors and LaSalle Investment Management.

Rupert holds an MA honours degree from the University of Edinburgh. 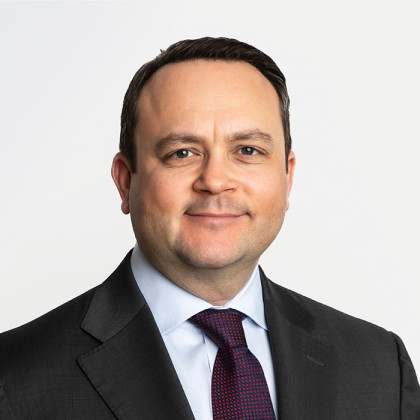 Ian Woychuk is responsible for investment management and transaction sourcing of AIMCo’s U.S. and Mexico based real estate portfolio, leading a team of dedicated professionals also focused on these geographic areas.

Ian joined AIMCo in 2011 and since that time has been involved in AIMCo’s Canadian and European portfolios with responsibility for joint venture management, debt and equity financing, leasing and asset management.

He holds a bachelor of commerce degree from the University of Alberta with a specialty in business economics and law and is a CFA Charterholder.

The Edmonton Tower is a 27-storey, LEED-Gold office tower situated in ICE District, a mixed-use sports and entertainment project.

White City Place is a new creative campus of six buildings — part of a growing business and innovation district in West London.

The Boro is a 1.4 million square foot mixed-use development project located in Tysons, Virginia, a suburb of Washington, D.C.

AIMCo Realty believes responsible investing is a must to successfully deliver exemplary investment performance for our clients.  We believe that our long-term investment performance is positively impacted by our adherence to ESG principles. As such, we are committed to maintaining ESG best practices to achieve superior risk-adjusted investment returns over the long term.

Our Green Bond Framework enables our investors to invest in and support our objectives to serve our clients and the environment through our investments in Green Buildings, energy saving initiatives, usage of renewable energy, sustainable water and waste management, clean transportation and climate change adaptation and resilience throughout our portfolio.

“Our objective is to identify opportunities to continuously improve the performance of our assets including on ESG factors to enhance their competitiveness and value. This reduces operating costs, attracts quality tenants, mitigates risk and serves to meet increased demand for sustainable assets in capital markets, while contributing to risk-adjusted returns for our clients.”

“The Green Financing Framework represents a key step in AIMCo Realty's commitment to sustainability and to making strategic investments in projects that drive long-term investment performance for our clients. The objective of this Framework is not merely to identify ESG risks and opportunities but to ensure we are providing robust, risk-adjusted returns for our clients while actively contributing to better sustainability outcomes for all.”