AIMCo is a Crown corporation of the Province of Alberta. We are committed to the highest standards of corporate governance, a culture of integrity and accountability in the pursuit of our goals. We believe that the policies, processes and institutions that form a robust corporate governance framework are fundamental to our mission to rank among the best institutional investment managers and to inspire the confidence of Albertans.

The AIMCo Board Of Directors

In accordance with the Alberta Investment Management Corporation Act, the Board of Directors is responsible for overseeing the management of the business and affairs of AIMCo. Guided by this mandate, the Board sets the strategic direction of the Corporation and oversees the development and implementation of policies and procedures that govern the day-to-day conduct of AIMCo’s business. All directors are duly appointed to the Board by the Lieutenant Governor in Council and must have experience in investment management, finance, accounting or law, or have served as an executive or director with a large, publicly traded company. Individuals should also have, to the extent practicable, experience in executive management of a substantial corporation.  All directors are fully independent of management.

Directors are required by statute to act honestly and in good faith with a view to the best interests of the Corporation and, as such, are required to exercise due care, diligence and skill, and manage risk appropriately in their oversight of AIMCo. 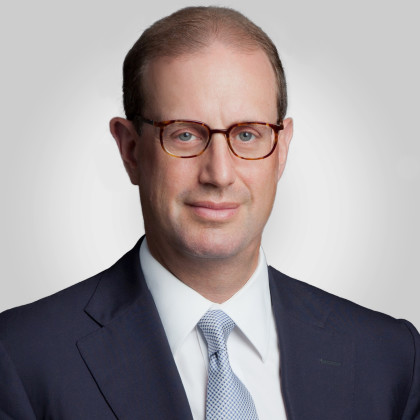 Mark Wiseman is a leading investment manager and experienced corporate executive. He was formerly President and CEO of Canadian Pension Plan Investment Board. He was Global Head of Active Equities for BlackRock, Inc. and Chairman of BlackRock Alternative Investors, and also served as Chair of the firm's Global Investment Committee and on its Global Executive Committee.

Previously, Mr. Wiseman was responsible for the private equity fund and co-investment program at the Ontario Teachers’ Pension Plan; was an officer with Harrowston Inc., a publicly traded Canadian merchant bank; and a lawyer with Sullivan & Cromwell, practicing in New York and Paris. He also served as a law clerk to Madam Justice Beverley McLachlin at the Supreme Court of Canada.

Mr. Wiseman was a member of the Advisory Council on Economic Growth, which advised the Canadian Finance Minister on economic policies to achieve long-term sustainable growth.

Mr. Wiseman holds a Bachelor of Arts from Queen’s University and a law degree and Masters in Business Administration from the University of Toronto. He was also a Fulbright Scholar at Yale University, where he obtained a Master of Laws. He is a certified member of the Canadian Institute of Corporate Directors.

He serves on the board of several non-profit organizations, including Alpine Canada, the United Way of Greater Toronto, Sinai Health Services, the Capital Markets Institute and the Dean’s Advisory Board at the Rotman School of Management, the University of Toronto's graduate business school. 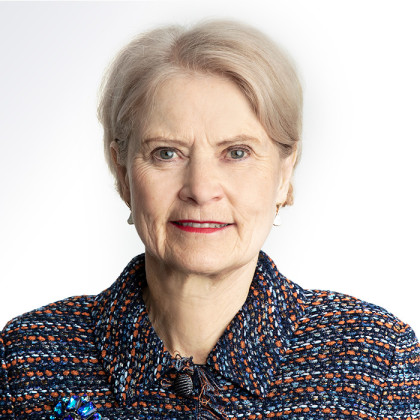 Phyllis Clark served as the Vice-President (Finance and Administration) and Chief Financial Officer at the University of Alberta, from 2002 to 2016. Previously, she spent five years as Vice-President (Finance and Administration) at York University, and prior to that, she was Assistant Deputy Minister of Ontario’s Management Board Secretariat. Between 1991 and 1992, Ms. Clark was the Province of Ontario’s Chief Economist and Assistant Deputy Minister of Finance. She was the Chair of the Audit Committee for the Bank of Canada for four years.

Ms. Clark currently chairs the Board of Directors for the Royal Canadian Mint, is Audit Chair for TEC Edmonton and serves on the Board of Directors for the Inuvialuit Investment Corporation. She also chairs the Edmonton Symphony and Concert Hall Foundation Board. Ms. Clark was born in Lethbridge, Alberta, and graduated from the University of Toronto in 1970 with a Bachelor of Arts degree in Political Science and Economics. She went on to complete her Doctorial Candidacy and Master of Arts in Economics at the University of Michigan in 1973. 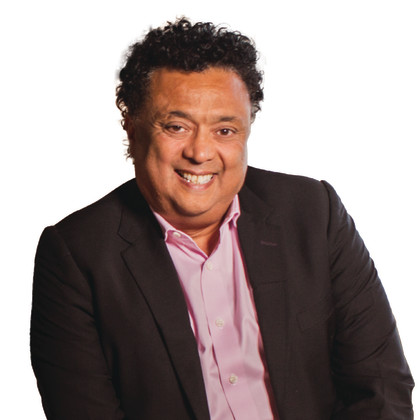 Mr. Dhillon sits on the Boards of Canada Mortgage and Housing Corporation, Banff Centre for Arts and Creativity, Canada-India Business Council and Invest Alberta. He served on Alberta’s Economic Recovery Council which was established in 2020 amid the COVID-19 pandemic.

Mr. Dhillon was appointed as Officer of the Order of Canada in 2021. He has received the Queen Elizabeth II Diamond Jubilee Medal and the Platinum Jubilee Medal. He has been Honourary Consul General of Belize for Canada since 1999. In 2018, Mr. Dhillon gifted $10 million to the University of Lethbridge towards the creation of the Dhillon School of Business. 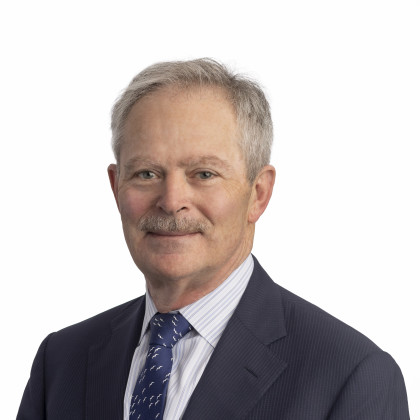 Jim Keohane was President and CEO of the Healthcare of Ontario Pension plan from 2011 until his recent retirement in March 2020. He joined HOOPP in 1999, bringing more than 25 years of institutional investing experience with several national firms.

Jim was the architect of HOOPP’s Liability Driven Investment strategy and is considered a global expert in this area. He is a strong advocate for collective pension schemes and has championed several studies on the topic.

After completing his Bachelor of Science degree at the University of Ottawa, Mr. Keohane obtained his MBA at Queen's University. He is a Chartered Financial Analyst and has completed the Directors Education Program (Rotman School of Business) at the Institute of Corporate Directors. Jim is on the Board of Queen’s University and is the Chairman of the Investment Committee and Chairman of the Pension Committee. He is a former member of the Board of the Canadian Coalition on Good Governance, and previously served on the Board of Home Capital. He was selected as a member of the Ontario Technical Advisory Panel on Retirement Income Security. 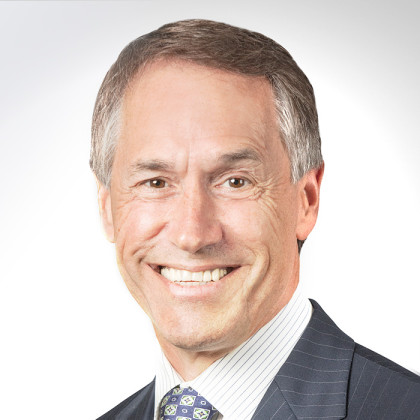 Ken is recently retired from BlackRock. As a Senior Managing Director at BlackRock, he was global head of Multi-Asset Strategies and global head of Scientific Active Equities. These teams were responsible for several hundred billion dollars of active investment strategies. Ken also served as a member of BlackRock’s Global Executive Committee and BlackRock’s Global Operating Committee. Previously, Ken was an associate professor of economics and finance at the University of Arizona.

Ken serves or has served on various academic boards, foundation boards and academic journal editorial boards. His research on forecasting volatility and asset returns has been widely published in both academic and practitioner journals. He earned a BA degree in mathematics and economics from the University of Alberta and a Ph.D. in economics from the University of California at San Diego. 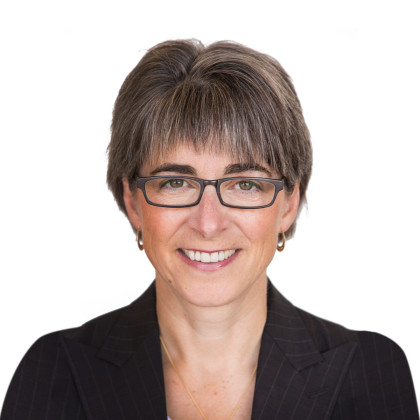 Lorraine Mitchelmore has more than 30 years of oil and gas experience with a third of her career working internationally. Her most recent roles include CEO of Enlighten Innovations, various senior positions in Royal Dutch Shell, including Executive Vice-President Heavy Oil Americas and President and Country Chair of Shell Canada from 2009-2016. Prior to Royal Dutch Shell, she held various positions in BHP Petroleum, Chevron and Petro Canada. Ms. Mitchelmore’s business experience includes leadership in operations, strategic planning, business development, exploration and appraisal, technology start-ups, and public policy.

She serves on the Bank of Montreal, Suncor Energy, and Cheniere Energy Board of Directors and Catalyst Canada Advisory Council. Ms. Mitchelmore has served as a board member and advisor to numerous private and non-profit organizations, including Enlighten Innovations, TransMountain Corporation, Shell Canada, the Canadian Council of Chief Executives, and in 2017-18, chaired the Federal Resources of the Future Economic Strategy Table. 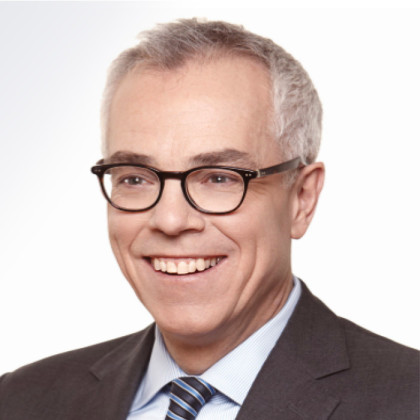 Roger A. Renaud, CFA is a highly accomplished executive with extensive Canadian and international board experience at successful investment management firms. Most recently, Mr. Renaud was President, Canada and Global Chief Operating Officer of Manulife Asset Management (MAM), the global asset management arm of Manulife with over $500 billion of assets under management. He also oversaw the integration of Standard Life Investments (Canada) with MAM to become one of the largest pension managers in Canada.

Since 2018, Mr. Renaud has been a director of the capital development fund Fonds de solidarité FTQ and previously served on several Canadian and international boards related to Manulife and Standard Life between 1998 and 2018. Mr. Renaud holds a Bachelor of Science in Actuarial Science from Laval University and a CFA Charter from the CFA Institute. He also completed the Program for Management Development at Harvard Business School.

As a director of several boards including non-profit organizations, Mr. Renaud has acquired extensive experience over the past 20 years in investment management, social responsibility, corporate transformation, strategy and planning, risk management, pension plans and corporate governance. 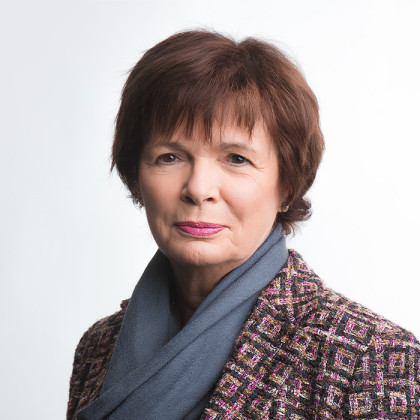 Previously, Ms. Sallows was a principal in Ryegate Capital Corporation, a company engaged in the provision of merchant banking and advisory services to institutional and corporate clients. Ms. Sallows is a former Executive Vice-President of MICC Properties Inc. and, prior to that, held various positions at the Bank of Montreal including Senior Vice-President, Real Estate, Corporate Banking.

Ms. Sallows received a BA from Carleton University, a M.Sc. from the London School of Economics, a PhD from The Wharton School, University of Pennsylvania and also holds the ICD.D designation. 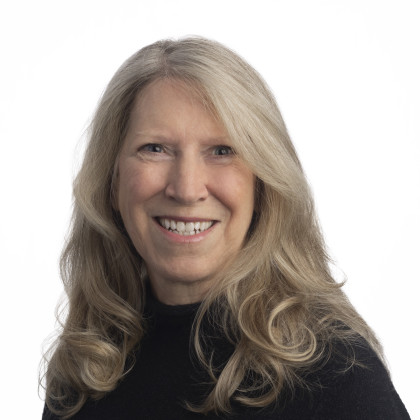 Theresa J. Whitmarsh is the former Chief Executive Officer of the Washington State Investment Board (WSIB), one of the United States’ leading institutional investors, managing over $185 billion of state pension, insurance, and other assets. She joined the WSIB in 2003 as Chief Operating Officer and was named CEO in 2009, a position she held through 2021.

Theresa serves on a number of industry boards and advisory councils. She is Chair of FCLTGlobal, Co-Chair of the Millstein Center for Global Markets and Corporate Ownership and serves as a director on the board of IFM Investors. She holds advisory roles with several asset management firms.

Prior to her time with the WSIB, Theresa had 20 years of experience in business, government, and media. She has a Master of Business Administration from Pacific Lutheran University and a Bachelor of Arts degree in English Literature from Seattle Pacific University.

Theresa is a past Chair of the Council of Institutional Investors and the Pacific Pension & Investment Institute, and she is also a former director of the International Centre for Pension Management, and a former external advisor on the ABP Investment Committee. She was also a member of the World Economic Forum’s Global Agenda Council on Long Term Investing and an active contributor to WEF initiatives. 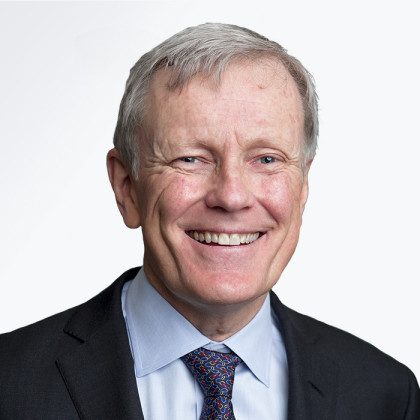 Tom Woods spent his entire career with CIBC and Wood Gundy, the predecessor firm of CIBC World Markets. He started in Investment Banking, advising companies raising financing in the equity and debt capital markets as well as mergers and acquisitions, and later was Head of Canadian Corporate Banking, Chief Financial Officer, Chief Risk Officer, and retired in 2014 as Vice Chairman.

Mr. Woods has a Bachelor of Applied Science in Industrial Engineering from University of Toronto, and an MBA from Harvard Business School.

AIMCo’s Mandate and Roles Document (MRD) fulfills the obligation that all agencies have clearly articulated roles and responsibilities, as required per Alberta’s Public Agencies Governance Framework.

Director appointments are made with the intention of creating a board comprised of individuals who, in the aggregate, have the full range of proven skills, knowledge and experience necessary to effectively oversee AIMCo in achieving its objectives. The Board has a policy objective to achieve gender parity, consistent with the Board’s commitment to gender diversity and greater representation of qualified women on boards, in alignment with the aims of robust board governance.

AIMCo has adopted a Code of Conduct and Ethical Standards which contains principles and guidelines for ethical behaviour at AIMCo. The Code applies to all AIMCo employees, including executive officers, and AIMCo's Board of Directors. Compliance with the Code is a condition of employment with AIMCo.

Code Of Conduct And Ethical Standards

In accordance with governance best practices, the Confidential Reporting policy and the accompanying reporting service provide all AIMCo employees, service providers and clients with the ability to confidently report any failure to comply with the Code of Conduct and Ethical Standards.