AIMCo offers a uniquely rewarding work environment and an extraordinary opportunity to make a difference to Albertans. We have attracted top professionals with global experience in investments, operations and risk management. 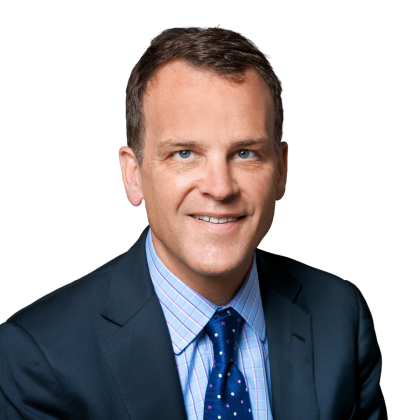 Evan has a B.A. in Management Economics from the University of Guelph, a law degree from Osgoode Hall Law School and has completed Harvard Business School’s Presidents Program in Leadership.

He co-founded Growling Beaver Brevet, the largest single day fundraiser for Parkinson’s in Canada, which has raised nearly $2 million in five years. Evan is a dedicated cyclist, skier and a voracious reader. He has two adult children. 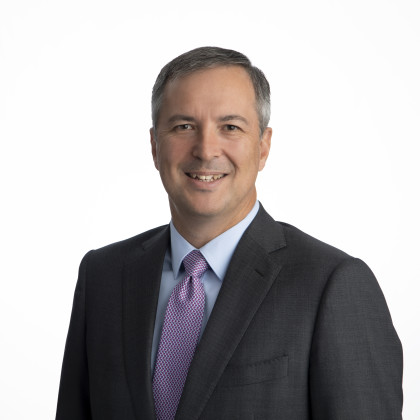 James Barber is Executive Vice President, Public Equities at AIMCo. He leads a team of investment professionals responsible for the internal and external management, research and trading of over $47 billion in global equity investments.James is a global investor with a strong client focus who most recently served as Co Founder and Managing Partner of AMP Investment Partners, having previously served as Chief Investment Officer – Equities at Russell Investments for seven years.

He holds a Bachelor of Science, Statistics and Economics from the University of Cape Town, South Africa, Master’s in Business Administration from University of Witwatersrand and is a Chartered Financial Analyst Charterholder. He has completed the Advanced Management Program at Harvard Business School. 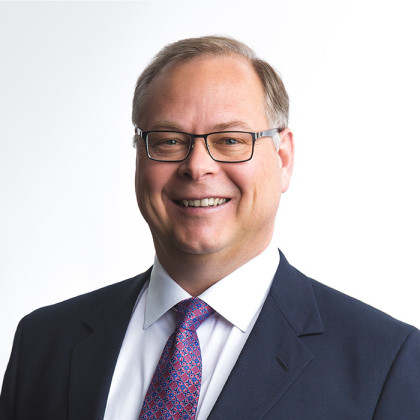 Micheal Dal Bello leads the team of investment professionals responsible for managing direct and indirect real estate investments with a global mandate. Micheal holds an MA and HBA (Urban Geography) from the University of Western Ontario and is a CFA Charterholder. 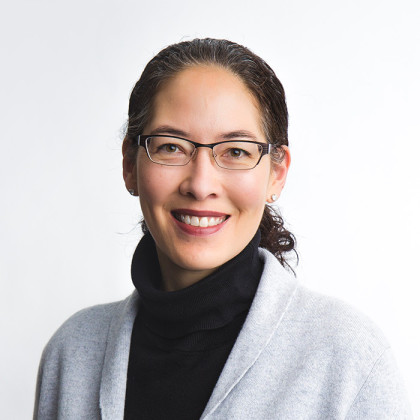 Angela Fong has been with AIMCo since 2011. As Chief Corporate Officer, she leads a number of functions such as Human Resources, Corporate Strategy & Planning, Business Technology, Internal Communications and Procurement and Vendor Management.

Angela has more than 20 years of executive level experience within a variety of industries. She deeply enjoys being a part of “the build” within an organization, and has extensive experience working with business in developing the sustainable corporate infrastructure and programs necessary for long-term success.

Angela is a holder of the Institute of Corporate Directors Director designation and serves on the boards of Covenant Health as well as two other privately held Edmonton based organizations. She is also a volunteer with the University of Alberta Venture Mentoring Service, a program that cultivates strong and capable entrepreneurs through coaching and mentoring. 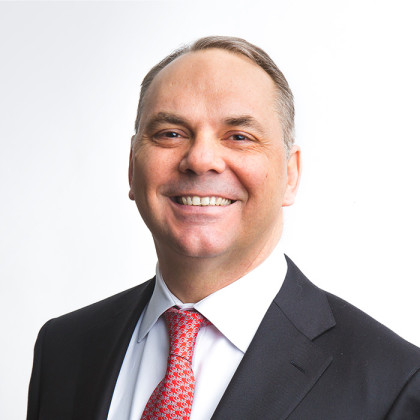 He is a CPA-CMA and also holds the IC.D designation. Rod was called to the Bar of Ontario in 1999 and Alberta in 2001. 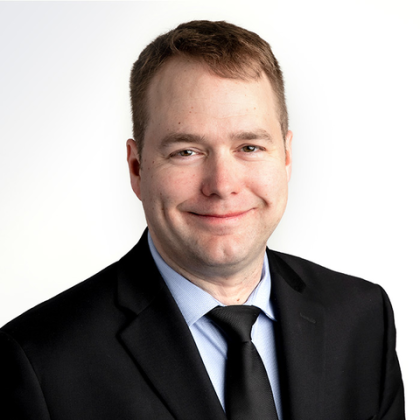 Ben Hawkins leads the team of investment professionals responsible for a global portfolio of Infrastructure and Renewable Resources investments. Ben also currently serves on the board of directors for AES Clean Energy, having previously served on the boards of London City Airport, Puget Sound Energy, Grupo SAESA, Mosaic Forest Corp and Autopista Central. Ben joined AIMCo in 2007 as a Portfolio Manager with a focus on strengthening the direct investment capabilities for the asset class. Since becoming part of the infrastructure team, Ben has held progressively more senior positions resulting in him becoming head of the group in 2014. Ben’s previous experience includes the utility sector where he worked in several commercial roles developing and acquiring infrastructure assets across the U.S. and Canada. Prior to that, Ben worked for an advisory firm providing private capital solutions as well as developing and refining business strategy. Ben holds both an MBA and Undergraduate degree from the University of Alberta and is a CFA Charterholder. 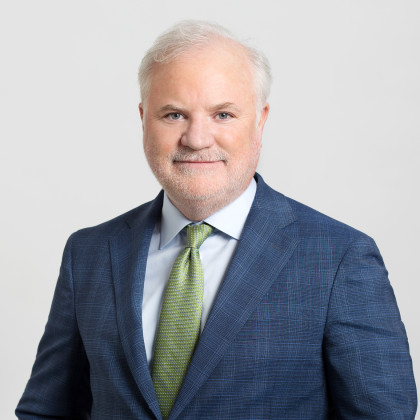 Prior to his career with TD Bank Group, Paul was a partner in Ernst & Young’s Capital Markets Practice.

Paul holds a master of accounting and a bachelor of arts from the University of Waterloo and is a CPA, CA. 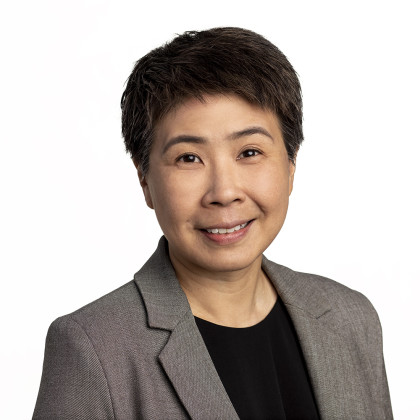 Since joining AIMCo in 1999, she has held progressively more senior positions.

Sandra holds a B.Comm and an MA in Economics and Finance from the University of Alberta, and a Chartered Financial Analyst (CFA) designation. She is the Co-Founder of Edmonton Women in Finance, and a member of Bank of Canada Canadian Fixed Income Forum. Sandra sits on the Alberta Cancer Foundation’s Board of Trustees. 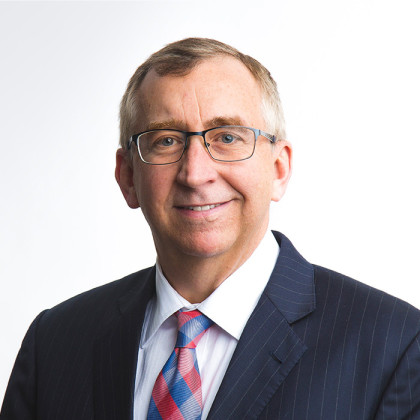 As Chief Investment Officer, Dale MacMaster is responsible for ensuring the assets under management entrusted to AIMCo by its clients are invested strategically and align with their respective investment policies to produce sustainable, long-term investment performance. He is a member of the Executive Committee and chairs the Management Investment Committee and the Tactical Asset Allocation Committee.

Dale holds a B.Comm from Concordia University (1980), an MBA from the Richard Ivey School of Business, and is a CFA Charterholder.

A career highlight has been assisting in the transition and growth of AIMCo from a department of the Alberta Government into a world-class asset manager that Albertans can be proud of. 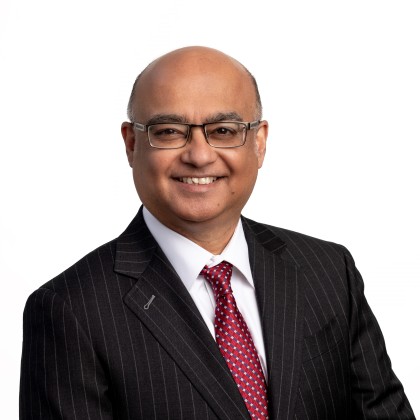 Amit Prakash joined AIMCo in 2020 as its first Chief Investment Strategy Officer. Amit was formerly Managing Director, Multi Asset Solutions, Canada at BMO Global Asset Management in Toronto. Prior to this role, Amit was Managing Director, Global Exchange Traded Funds and Alternative Investments and was also responsible for establishing and leading BMO Global Asset Management’s Asia business based out of Hong Kong. His career spans portfolio management, investment and product strategy and trading roles with top global investment management firms such as BlackRock in Singapore and London, Barclays Global Investors in Toronto and Wells Fargo Nikko Advisors in San Francisco. Amit holds an MBA from Tulane University, a master of economics and bachelor of arts in economics from the University of Delhi and is a CFA charterholder. He is on the board of the Canadian Coalition for Good Governance (CCGG). 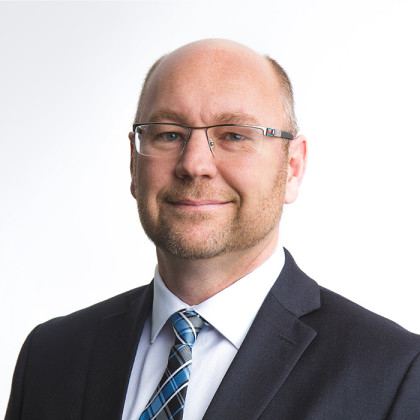 Mark has worked in finance for more than 20 years, in both the public and private sectors. Prior to that, he was an officer in the Canadian Armed Forces.

Mark has an undergraduate degree in Honours Economics and Commerce from the Royal Military College of Canada and his MA in Interdisciplinary Studies from Royal Roads University. He is a Chartered Financial Analyst and holds an ICD.D. 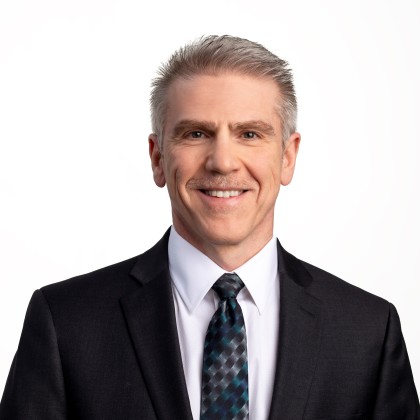 Andrew Tambone, a 30-year veteran of the investment industry, joined AIMCo in 2020. Prior to that, he worked for the Workers' Compensation Board - Alberta for more than a decade, with five years as CIO, responsible for all investment aspects of the company. Before that, Andrew was Head of Fixed Income Investments.

Andrew holds a bachelor of commerce in accounting and finance from the University of Westminster and is a CFA Charterholder. 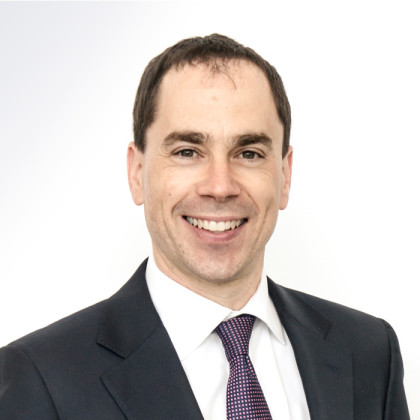 Peter has 30 years of experience in the financial industry. Peter has led the Private Equity group since he joined and is a member of the Investment Committee. Prior to AIMCo, Peter was a Managing Director of Rothschild Canada advising organizations on mergers and acquisitions, privatizations and restructurings. Prior to Rothschild, Peter spent eight years in London in the investment banking industry advising companies on cross-border M&A.